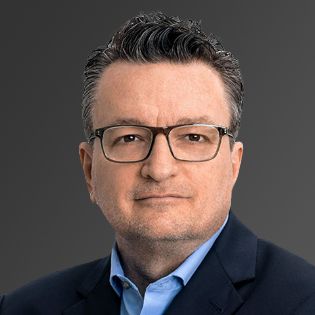 Robert Johnson is the Strategic Communications Officer at Riester Public Affairs in Washington D.C. He is the host of ASTHO’s Public Health Reviewpodcast, Public Health Review Morning Edition podcast and producer of NPHIC’s Public Health Speaks podcast. Robert leads this workshop to answer your questions about how to start a podcast. He’ll cover the basics for starting a podcast, leaving plenty of time to coach you through the process!

As the Strategic Communications Officer of Riester Public Affairs, Robert develops strategies to communicate important information to target audiences, and directs successful public relations plans for dozens of clients and organizations. Robert has extensive crisis communications and storytelling experience, forged during his time in both state and federal communications positions. Most notably, he took the reins of the newly formed Transportation Security Administration following the terror attacks of 9/11, turning the organization into an effective messaging operation.

He is the winner of several regional Emmy Awards while a television news assignment editor; an Associated Press Managing Editor’s Award for coverage of breaking news as a radio journalist; numerous Associated Press statewide awards; and an IABC Gold Quill and several PRSA awards for public relations campaigns. His podcasting work recently was recognized with a national award from PR Daily.

Robert holds a BA in communications with a public relations emphasis from Southern New Hampshire University and is a frequent writer and lecturer on public relations topics, theory, and best practices.

(770) 509-5555
This email address is being protected from spambots. You need JavaScript enabled to view it.

Billing Contact:
Loree Tengzelius
This email address is being protected from spambots. You need JavaScript enabled to view it.